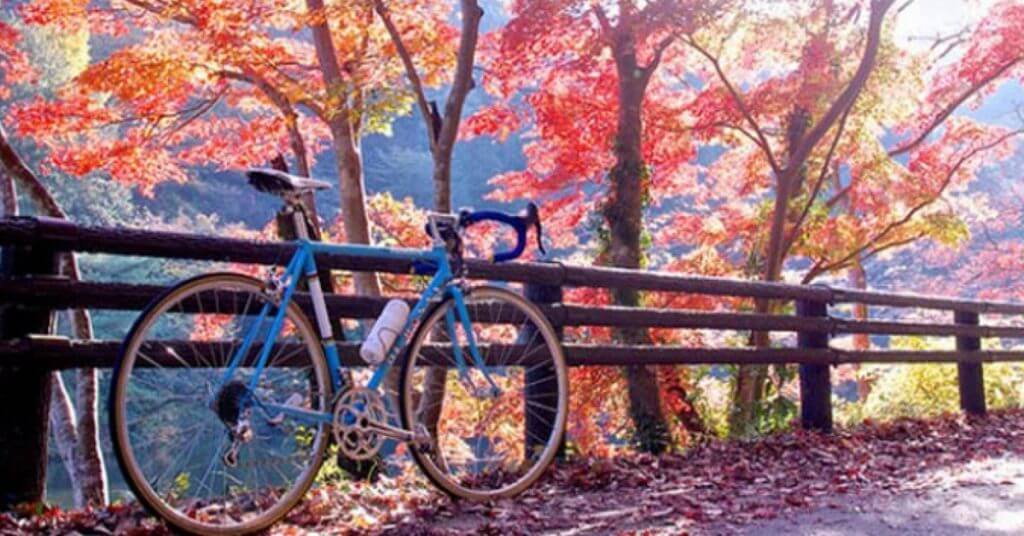 Forest Foliage in the Fall Ride, KBC’s annual self-supported and no-drop club ride to get out and enjoy fall colors, will take place on October 21st, rain or shine so dress for the weather.

Here’s a link to the routes on Ride with GPS:
https://ridewithgps.com/events/67583-forest-foliage-in-the-fall-2018 You can also find links to the individual routes in the KBC Ride with GPS route library. 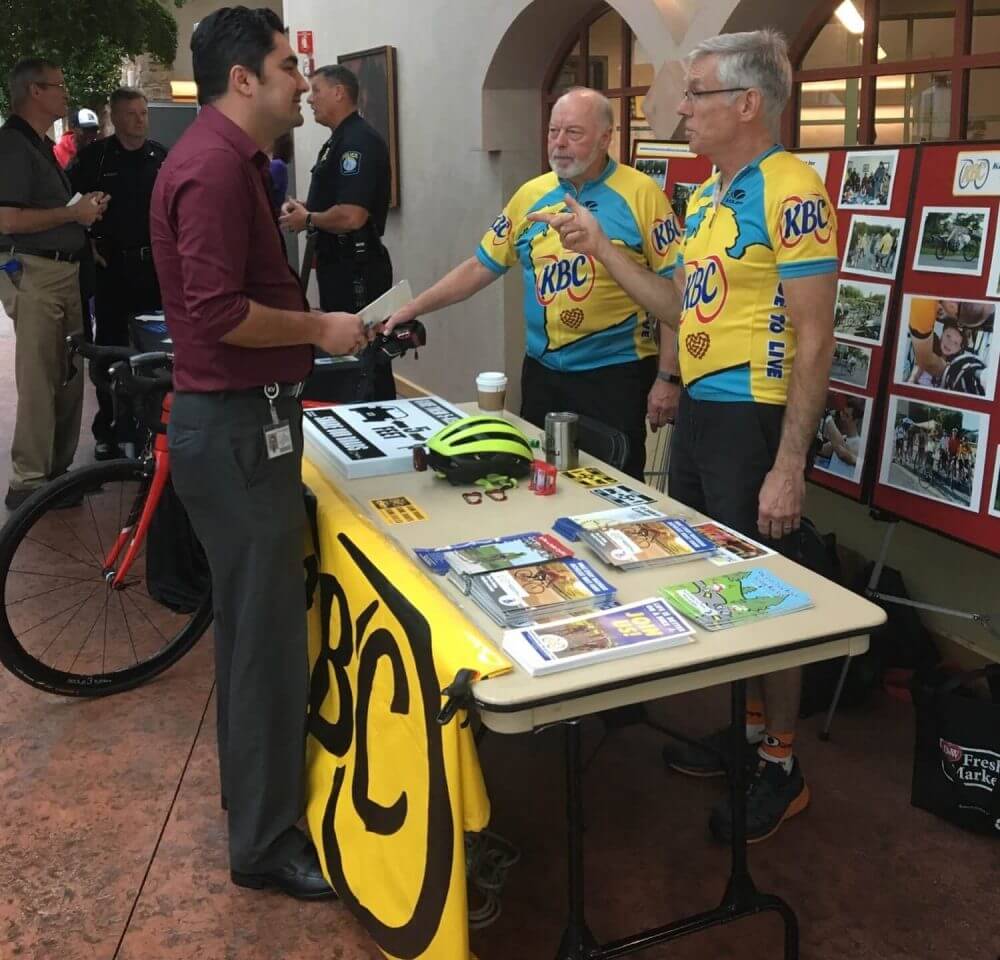 Paul Wells and Thom Brennan, members of KBC’s Education Committee, promoted healthy lifestyles through bicycling while “flying the colors” of KBC.  Thanks Paul and Thom. Tim Stewart, Tory Cane, Pam Sotherland, Cricket Howard, Tim Stewart, Angie Kautzer, Jim Kindle, and Kevin Oostma posted best times in the 2018 KBC Time Trial Championship in the following categories: Overall, Women Under 50, Women 50+, Men Under 50, Men 50+, and Handicap First, Second, and Third.  Over 30 KBC members participated in this year’s Championship Time Trial, organized and run by Doug and Kathy Kirk.  Though a bit breezy at the start, conditions for the race were good and a fun time was had by all, beginning with the pre-race gathering in the parking lot of the Pavilion Township Hall through the post-race festivities at Latitude 42.

Full championship results are available at this link http://www.kalamazoobicycleclub.org/wp-content/uploads/2018/08/TNTT-2018-Championship-Overall-Results-1.pdf

A description of the Time Trial Championship is available here http://www.kalamazoobicycleclub.org/wp-content/uploads/2018/07/AUGUST-TT-SPECIAL-PedalPress.pdf 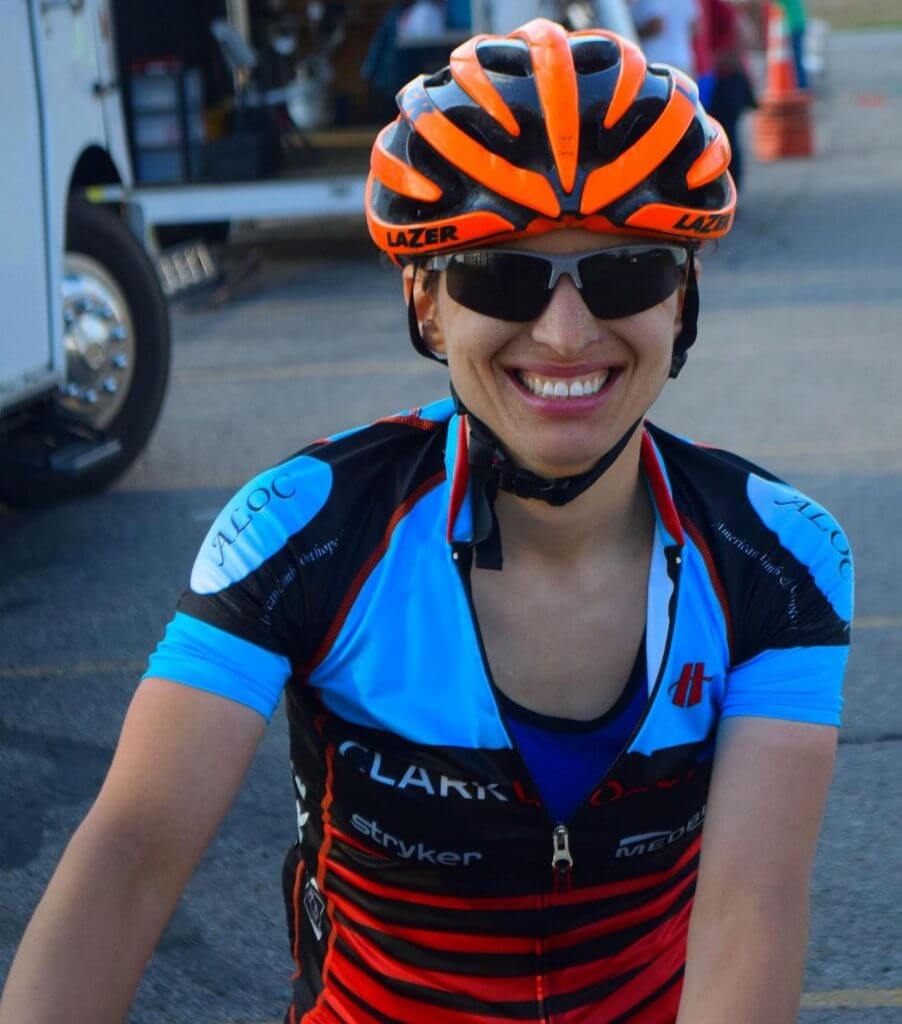 On September 8, 2018, Kalamazoo resident Valerie Litznerski will attempt to become the first woman to ride a bicycle from Sturgis, along the southern border of Michigan, to Sault St. Marie in the Upper Peninsula, a distance of approximately 350 miles. Li tznerski, 35, hopes to complete the ride, with its starting and end points sanctioned by the World UltraCycling Association, in less than 24 hours.

In 2012, Litznerski rode from Muskegon to Port Sanilac, a distance of 206.9 miles, in 11 hours and 19 minutes, an average of 18.28 miles per hour, and is the current women’s West-to-East across-Michigan cycling record holder for that route. On June 17, 2018, she competed in the National 24 Hour Challenge cycling event in Middleville, Michigan and logged 424.3 miles in 24 hours, finishing second overall for women.

One of Litznerski’s reasons for attempting the ride in September is her desire to raise awareness of, and funds for, issues related to the safety of cyclists on the nation’s roadways.  She was hit by a car while on her bike in August of 2011 and spent seven months recovering from surgery to correct torn ligaments and other severe injuries. Funds raised will go to the Kalamazoo Bicycle Club’s Education Fund to disseminate information regarding safe practices  for drivers and cyclists.

Litznerski’s parents and sister will staff a follow-and-support-vehicle equipped with signage and flashing yellow lights during the record attempt. World UltraCycling Association rules stipulate that an official record the time every time she completes ten miles. No cyclists will be allowed to accompany Litznerski on the route and she cannot disobey any traffic laws. The official timing clock will pause while she is driven over the Mackinac Bridge. Of the attempt, Litznerski says, “350 miles is a long way to pedal; it’s stressful. But it is an opportunity to challenge myself to stay focused and put in an effort that I can be proud of. At the end of the day I’ll know it’s something I did myself. My hope is that it will inspire others while reminding everyone that we need to share our roads safely.” 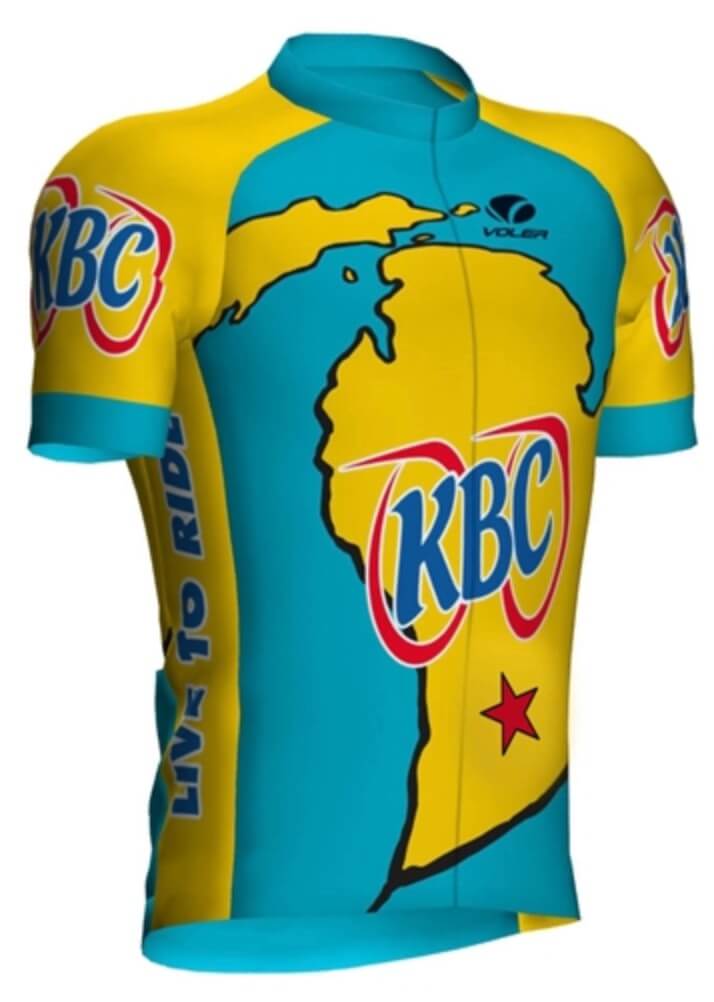 KBC jerseys are available to purchase from Voler. The design is nearly identical to the club’s 2015 design, with the red star marking Kalamazoo, but with lighter blue sleeve edges and collar. Both men’s and women’s cuts/sizing are available.

So…if you are new to KBC, or missed an opportunity to order a club jersey in the past, and have been wishing you could wear a KBC jersey while riding, your wish is about to come true. KBC Jerseys are available again! Order yours now and start wearing your KBC colors with pride!

Cost is $77, shipping is free, and 20% of the purchase price will go to KBC’s Education Committee to fund projects like promoting the 5 Foot Rule and Bike Camp.

Once payment is confirmed, Voler will make your jersey and ship it to you.  This very efficient process will take about one week, from order placement to shipping. 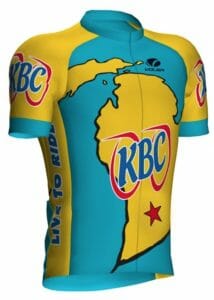 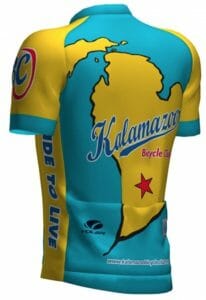 Be part of a media event at the Kalamazoo Amtrak Station on Wednesday, 25 July, at 1:15 pm to kick off carry-on bicycles being accepted on the Amtrak Wolverine Service.

Now all three of MDOT’s state-sponsored routes operated by Amtrak welcome carry-on bicycle service by reservations. In addition to the rail-fare, bicyclists can now make a reservation to transport their bicycles on the trains and stow them at the direction of the Amtrak conductors.

For more information, please click on this link https://content.govdelivery.com/accounts/MIDOT/bulletins/1ffc758